Congratulations to the super scrabblers:  GRETCHEN COWAN and AMNON MEYERS for winning three games.  Amnon also had a high game=1144, and high cum score of 3146.  When we finished the second game early, some players decided to play another game so we ended up playing 3 games. At the last announcement it was mentioned that all 2-game-winners will win a prize as well.  Congrats to BILL LAPINSKI (Bill played the most bingos=16), PAT REED, EVELYN DAVIS, DAVID POSTAL, and RENÉE KAHN for being the 2-game-winners during our Superscrabbler’s 2015 Christmas games.  There was a Christmas bonus of $50 that Mrs. Atnas put in the box for the $12- to 13-letter-word winners.  This was won by two outstanding individuals:  BILL LAPINSKI and FERN TRAUSCH.  The highlight of the day was a 3-round-game organize by GRETCHEN utilizing 3 dices labelled “Left, Center, and Right.”  We were momentarily transported to Las Vegas and WOW, what a lot of fun — SCRABBLERS transformed to PSEUDO GAMBLERS!  And the big winner of the 3-round game was NAJAT REIKES!

MANY THANKS to Gretchen and Lynn for organizing a fantabulous potluck and a most unusual game.  And thanks to everyone who generously brought so many kinds of foods, drinks, cakes, cookies with scrabble letters, etc., including cups and plates. The Christmas GIFT of chicken and goats for children of the world through the WORLD VISION brought emotional tremors in my whole being as I concealed and controlled my tears of joy.  This was the best gift one can ever imagine — being able to share something to the needy children.  Thank you again.

HAPPY HOLIDAYS!  May the Christmas Season brings joy and love in your heart and home.  Next Super-S meeting will be at the Super Scrabble® Tournament, January 16-17, 2016, Laguna Woods, California.   If you have ay questions, please contact maliha.mendoza@gmail.com.

You better watch out, you better not cry, you better not pout, I’m telling you why.  Christmas tree and lights are up.  Mrs. Atnas will pretend to be SC.  Please don’t miss this important session, and experience the joy of  fantabulous SUPER scrabblers’ games.

All day category: Christmas spirit in words, or any words pertaining to Christmas. To qualify for an instant award with the assigned categories, the word must contain 5 letters or more.

There are prizes for: winning 2 games (just for this time of the year), highest scoring game, highest cumulative score, high-point bingo word, and for the most bingo words played.

Congrats to the following winners:

BILL LAPINSKI also won 3 games with the most number of bingos played=18.

RENÉE KAHN for finding 6 words in the assigned categories of the day.

CM=cumulative score; BP=number of bingos played; and * for phoney.  Last names are listed in alphabetical order: 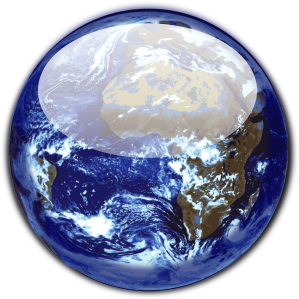 Click on the globe to get your free copy for personal use.

Click on the image to order your copy on Amazon.